Jess Dugan is a photographer currently based in Cambridge, MA. She works primarily with a 4" x 5" large format camera and black and white film.
Her main subject is portraiture and she explores issues of gender and identity. What she does just blows you away.
I'm in love with her work for quite a while now and can't get enough of viewing her photographs. In her work you can feel the connection she creates with the people she has in front of her camera. It is done with so much respect, honesty and kindness and it touches your heart.
Please visit Jess' website and see and feel it yourself.
She also runs a blog.
A big congratulations to Jess, for being one of the finalists of this years Critical Mass! This is so well deserved!! 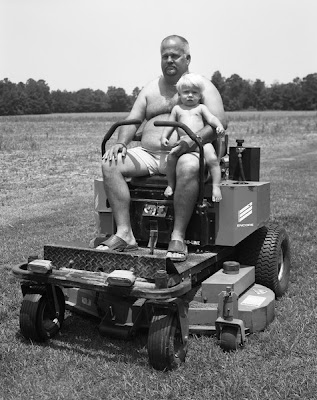 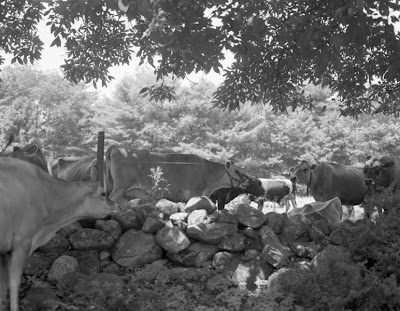 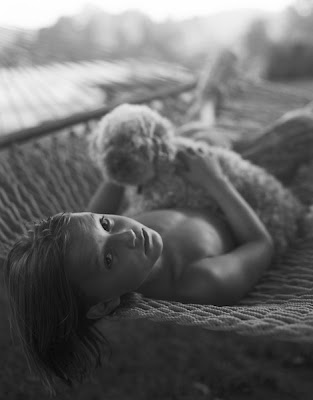 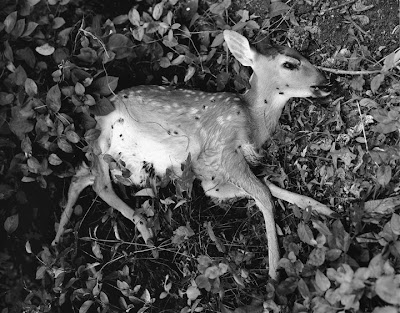 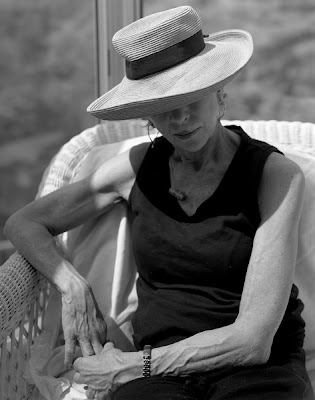 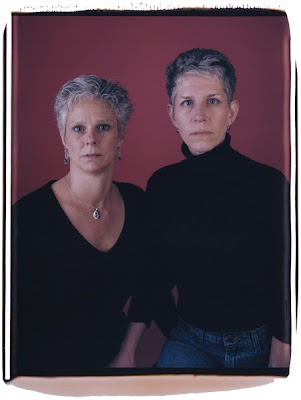 Diana and Chris, from the series Coupled 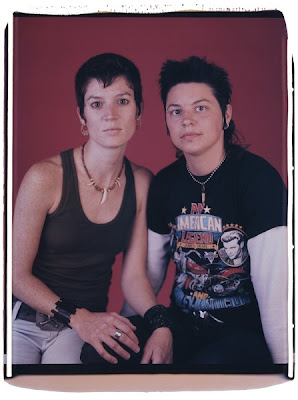 Justine and Jen, from the series Coupled 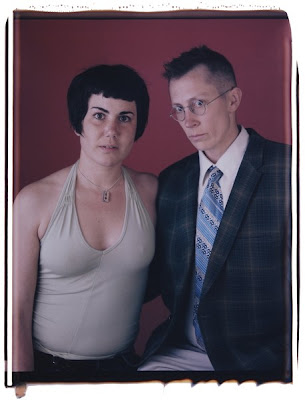 Susanna and Scout, from the series Coupled 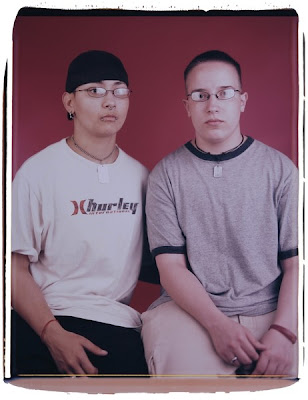 Alexander and Alexzander, from the series Coupled 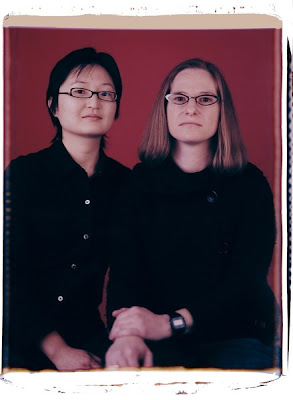 Tomomi and Jill, from the series Coupled
© copyright all images Jess T. Dugan
Posted by Unknown at 5:19 PM