Jan Harrison - My Art and Life

The Truth of Beauty proudly presents a wonderful and exceptional artist, Jan Harrison.

The first time I saw Jan's work, I fell in love with it and my wish was to know more about the artist behind the stunning sculptures and paintings. Some initial complimentary comments on each other's internet sites have now developed into a deep and treasured friendship, even extending into the "real world" as we had the chance to meet in person in New York earlier this year.

I asked her if she would share her art with the readers of this blog, and happily Jan agreed.

I am delighted to present Jan Harrison's story, thoughts and art.


Jan Harrison - My Art and Life

I love animals, and their direct responses to living. They have a purity of heart, and a beautiful way of existing in the moment. We can achieve that level of awareness through reaching a state of liminality. I have found that state of being through getting in touch with the animal nature.

From the beginning, when I began making art over thirty years ago, my paintings, sculpture and audio art have had to do with the animal nature, crossing the boundaries between animal and human, and masculine and feminine. I am working for my character, as well as getting in touch with animal consciousness. When we begin to acquire wisdom in our lives, knowledge and innocence seem to merge together.

The connection I share with animals is visceral, and I feel like I’m a representative for them in many ways. I know that I am one of them, and that feeling comes from my bones, cells, and deepest spiritual being. They have courage, complexity… and the capacity to love, in a way that humans sometimes forget. They are a universe we need to discover, in order to be in touch with our own humanity.

I have been deeply concerned about the plight of animals, and the abuse of the earth, since the very beginning, as both problems are related. My partner, architect Alan Baer, and I live with five cats, all rescued strays who adopted us. Each one is different, and very intelligent. One of our cats, Zoe, is feral, and beautiful. She, like all the others, is a real survivor.

Having been raised in the southern United States in the 1950’s by a single mother, my childhood was difficult. We struggled… But, I learned a great deal from that struggle, about integrity, and never giving up. It was a somewhat solitary life, and the animals, both domestic and wild, were my friends and best teachers.

I have dyslexia, and learning to read was not easy at first. I still get lost trying to maneuver around in cities, because right and left are confusing. Up until recent years my time was divided between having to work for a living, making art in the studio, and exhibiting my work. But I have persevered, and have been actively creating art during all this time. Recently, for the past two and a half years I have been working in the studio full-time. My life has been greatly simplified by this change…and, as a result, my art has become simpler in an integrative way.

I consider the art I do to be a spiritual practice. So, even though I exhibit often, I would create art even if I didn’t exhibit it. And the truth is, I love to show my work, and appreciate it when people support it.

When I am working, “beings” emerge, and the animals come alive when I caress the surface. My work often appears soft on the outside, but there is power within. Since 1979 I have spoken and sung in a language, “Animal Tongues,” which I now perform with animal sculpture heads. It can be seen in a video, ”Animal Tongues 2009.” The voices in the audio art correspond with beings in the visual art.

“The Corridor Series,” 2009, involves endangered animals in both ecological and psychological corridors. They seem to be vanishing and returning…to be on the outside, inviting you to either join them, or to invite them in. They seem to be taking a stand. In my empathy with animals, and in my own life experiences, I often feel that way, sometimes feeling like an outsider, because my approach to art is different than much of the art I see. “The Corridor Series” is both autobiographical and universal, having to do with personal feelings of being marginalized, feeling invisible, and, at the same time, expressing the plight of the animal nature as it is disappearing.

I was raised by a woman, in a somewhat alternative matriarchal environment, and I think that has affected my art, as well as my perception of the world. Although briefly exposed to traditional religion in my childhood, I didn’t seem to connect with it. For instance, when I was supposed to walk to church on Sunday, I would take a detour, and would go to a wild-looking garden, where I could feel an empathy with the spiders, lizards, birds, cats and dogs. This may be the source of my connections with ecotheology, but of course I didn’t call it that back then.

Our culture, our religions, and our institutions seem to want nature to be tamed or controlled. We are in a cultural and philosophical war. It manifests itself in many ways, and art is a reflection of that. There is a system that doesn’t want to relinquish the power it thinks it has over nature. A lot of that has to do with greed, but it is deeper than that. It has to do with fear of the life force. Now, in our lifetimes, species are becoming extinct, and many people keep living their lives as though nothing is happening. Animals are synonymous with the life force, so, they are often marginalized, in order to keep nature in its place.

The animal nature has great power, and it is also vulnerable. We need to learn much more about our co-habitants on the planet. But, we also need to alter our perceptions of our relationship with the earth, our status as humans. We need to question why we seem to want to be at the top, to have the most, to win at all costs. I feel that it would be a good idea to get beyond seeing the sanctions of the institutions as the ultimate reward.

There is also a subtle point I am trying to make. There is more to the animal than a literal image of a snarling ferocious beast, or a dead piece of meat, or a fairy tale pastiche to what was once a deeply powerful myth, which may have, in its stronger, more original form, involved sexuality. It is wonderful to see the living animal, and to approach the immense power and vulnerability of the life force. And, it is good to keep in mind that animals are actually individuals, although they don’t seem to be as concerned with individuality as we are.

My art and life are closely related, and my work involves the philosophy of deep ecology as well as animal rights and animal consciousness. I have never understood the cruelty in the world, the exploitation of power, or the need to destroy. In different ways, I have investigated this throughout my life as an artist.

However, although I am very serious about the things I care deeply about, I still have a sense of humor. And sometimes humor comes through in even the darkest of my paintings, and sorrow is often woven in with joy. This is how I feel it is to live in the world as a sentient being, and I’ve witnessed animals do the same thing.

There are many artists, composers, musicians, and poets living near us, many of them friends. We currently live between the Hudson Valley and the Catskill Mountains, about two hours north of New York City, so we have an active life in the mountains as well as in the city.

But really, I like to think that my home is not a particular region or nation……..but instead it is the whole world. 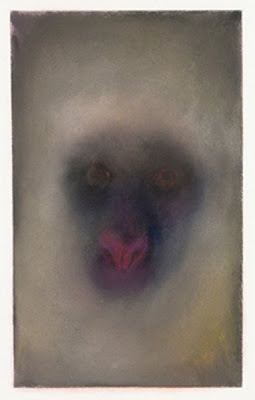 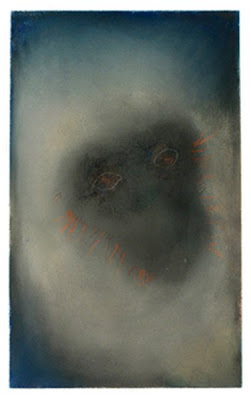 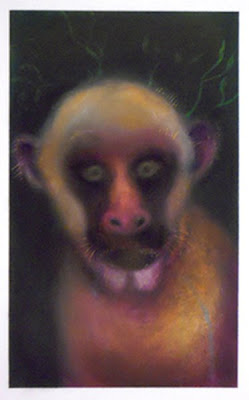 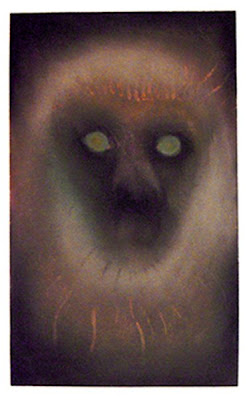 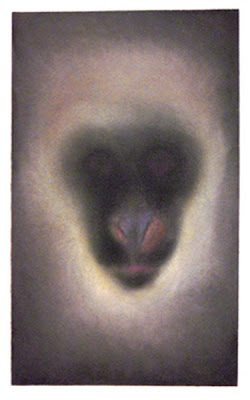 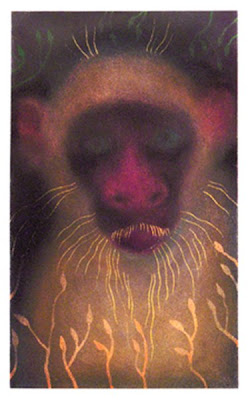 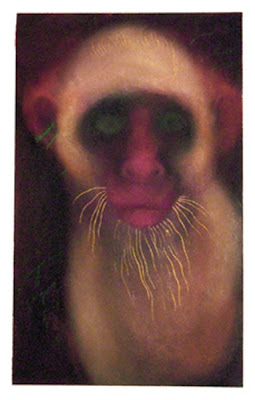 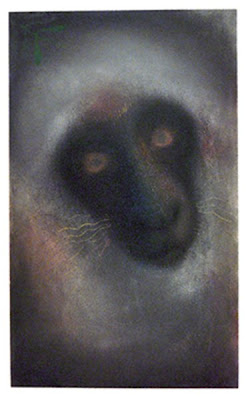 
Here is a video of Jan performing her Animal Tongues. 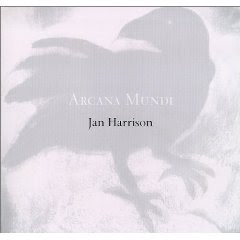 Jan's website with more of her work is to find here


Jan Harrison's work is considered to be an influence in the contemporary investigation of the animal/human interface in art.
Her work crosses the boundaries of animal/human, and masculine/feminine. Her paintings, sculptures, and installations involve empathy with the animal spirit, as it relates to nature, existence, and the psyche of the world. She speaks and sings in a language, Animal Tongues, which has been included in performances and as part of sculptural installations.

Her work has been in over one hundred and twenty solo and group exhibitions throughout the United States and internationally, including Animal.Anima.Animus, which opened in Finland and was exhibited in Holland, Canada, and at PS1 in New York. Arcana Mundi, a book spanning twenty years of her work, was published in 2001 by Station Hill/Barrytown, Ltd., New York.

In 2003, a chapter regarding her work was published in the book, In The Making: Creative Options for Contemporary Art, by Linda Weintraub, d.a.p., Distributed Art Publishers, Inc., New York, NY.

© all images and text Jan Harrison
Posted by Unknown at 9:30 PM