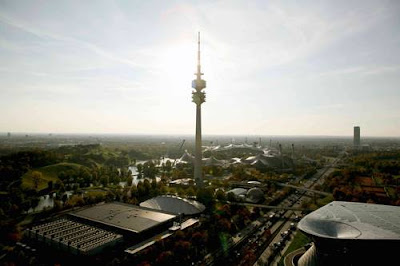 
The Lenbachhaus in Munich is now premiering Sarah Morris’s seventh film. This is the second time (since /Robert Towne/, 2005) that Morris decided to shift her lens from the wide panoramic view of a city to an intimate portrait of an individual citizen of that city. Dr. Georg Sieber was the head psychologist of the Olympic Police and the Munich Police in 1972. Sieber was present on Connolly Street on the tragic morning of September 5th, 1972 when members of the terror group Black September attacked and took hostage of the visiting members of the Israeli Olympic Team.

The exhibition runs from April 26th - August 3rd 2008 at the Lenbachhaus in Munich. The link to the exhibition is here 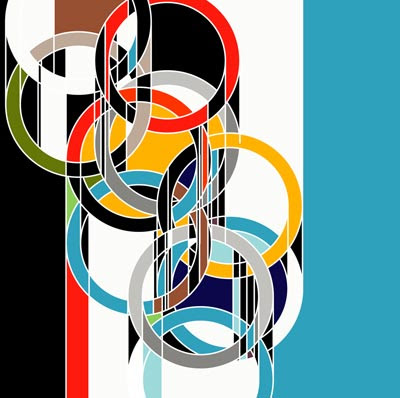 Paintings from Sarah Morris’ current series, Beijing, are symbolic of some of the architectural challenges that this city is facing in light of the upcoming Olympic Games in 2008. The Rings series not only connects to the Olympic rings and the event that will greatly affect Beijing, but also to the congested traffic arteries called the Ring Roads, emblematic of larger scale issues.
Posted by Unknown at 9:17 PM