Eric Tabuchi's new book Fat - A French American Trip got just published by Matmos Press, an independent publisher based in Montréal (QC). Matmos Press produces, prints and distributes artist books focused on photography, art, and contemporary design practice.
Pursuing his pop and serial studies of the French landscape, Eric Tabuchi questions the validity of his photographic method in contrast to the considerable power wielded by the likes of Google, which, via his global digitization company, is at last carrying out a project that is genuinely objective. Thus, contrary to his habitual method of scanning the field, Eric Tabuchi has undertaken the exploration of familiar places, but through this parallel world, the carbon copy of reality that is Street View.Consequently, FAT creates a strain between these two levels of perception, which are henceforth known to all as the virtual and the real, the space of projection and the concrete territory. FAT is America, projected through the realm of the French imagination, digitized by Google and at last, compiled by Eric Tabuchi, as a sort of staggeringly condensed outlook of what globalization could be, in the era of internet.
Fat - A French American Trip can be ordered directly through Matmos Press.
More info about Matmos Press other books can be found here.
More from Eric Tabuchi can be found on his website. 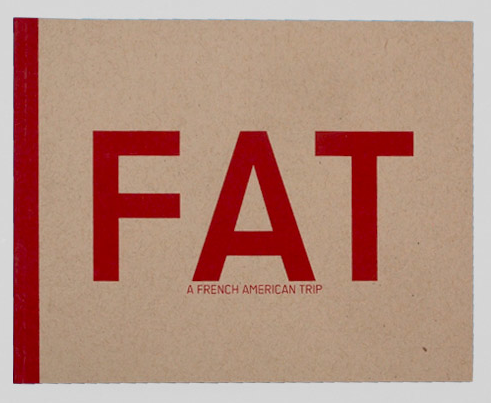 © copyright all images Matmos Press and Eric Tabuchi
Posted by Unknown at 10:35 PM